"Christmas in a Bottle"

MULLED OR SPICED WINES:  Red Ipocras and White Ipocras
The Germans call it "Gluhwein" - literally, wine that makes you glow - and it is a staple of their Christmas markets to this day.  The Swedes call it Glogg and the Italians borrow some French to call it "Vin Brule’".  Ipocras is sweet and generously flavored with several of the spices popular in old England. These include ginger, cinnamon, and clove, and they leave a wonderfully warm and lingering aftertaste.  In fact, the recipe we use is an adaptation of an Elizabethan formula.

A BRIEF HISTORY
Warm, spiced wines have a long tradition going back to the early Greeks who believed that the combination of warmth, alcohol, and spices had excellent medicinal properties to combat the infirmities of the cold winter season.  They called the mixture “hippocras” after Hippocrates, the father of medicine.  The medieval French called it Ypocras, which the English often changed to Ipocras.  Chaucer mentions it in his first work: The Book of Duchess in 1370, a dirge he dedicated to Blanche, the Duchess of Somerset who died of the plague at age 26.

In 16th century England, both white and red Ipocras, had become a drink of the highest nobility. At a time when both sugar and spices were rare and precious, Ipocras was reserved for the use of royalty at the most precious ceremonial occasions. Indeed, Ipocras was the libation presented by the Lord Mayor of London to Queen Elizabeth I at her coronation.

Johnson Estate's founder, Fred Johnson, was inspired to produce Ipocras to celebrate the commissioning of the Sea Lion, an authentic replica of a 16th century merchant ship which was built nearby on Chatauqua Lake. 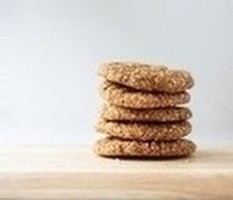 Serve it warm in a mug or cut it 50/50 with hot apple cider and serve it in a beer stein with a stick of cinnamon. Some traditions fortify it with apple or grape brandy for extra warmth, but that sometimes can be too much of a good thing. And here are some food pairing suggestions including Triple Ginger Cookies!

TRY IT NOW
Try a bottle of Red Ipocras or White Ipocras today, or here's a "one click" to try them both!