FARMHOUSE HISTORY:
Johnson Estate’s red brick farmhouse was built in 1822 by William Peacock, a land surveyor and employee of the Holland Land Company.  He died owning a very large portfolio of parcels of land.  While William Peacock lived in Mayville, the house in Westfield, optimally sited for excellent fruit production, was occupied by his brother and eventually William's niece, Margaret Peacock.  She lived in the farmhouse until she died in 1890.  Here's a lithograph of the house circa 1868.  The house and farm were purchased by Frederick William Johnson in about 1910-11. 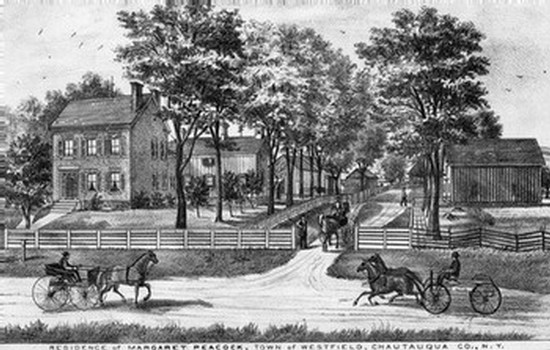 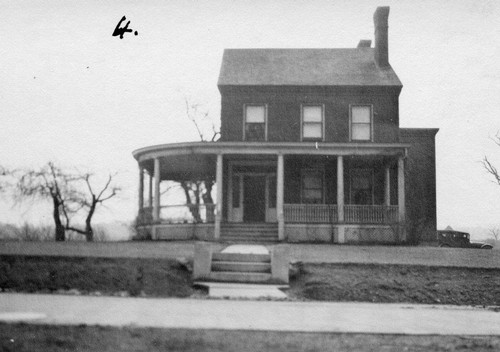 In the late 1800s, an English orphan named Frederick William Johnson immigrated to Western Canada from England as a teenager and then found his way to Cornell University to study entomology (deemed Class of 1901) and later worked for the Department of Agriculture. In 1910-11, Johnson purchased the house and farm in Westfield which he named Sunnyslope Farm and grew peaches, pears, apples, and cherries.  He also grew Concord and Niagara grapes.   In 1920, he built an apple cold-storage facility that now houses the winery's tasting room.

Second-generation family member, Frederick Spencer Johnson (1921-1998), grew up on the farm and served in World War II as a naval aviator, graduated from Cornell University in 1946, and then raised his family overseas while working for the Rockefellers’ agricultural endeavors in Latin America. He returned to the farm in 1960 after his father died, removed aging fruit orchards, and planted the first wine grapes (Chancellor, Seyval Blanc, Chambourcin, Vidal Blanc, and Maréchal Foch)  in the region. Frederick opened the winery in 1961 in his father’s apple cold storage building - and it is New York State’s oldest estate winery. He later added a new tank building in the 1980's.

Upon the death of Fred Sr. in 1998, the third generation of Johnsons, Frederick Jr., Elizabeth and Anthony, all Cornell graduates, inherited the farm and began to oversee the winery operations, the planting of new Riesling vineyards, and the construction of a new finished goods warehouse. In 2011, Frederick Johnson Jr. purchased his siblings’ interests and became, with his wife Jennifer, owner of the farm and winery. They completed a renovation of the tasting room in 2011, just in time for the celebration of the operation’s 50th anniversary. Johnson Estate Winery was awarded a Century Farm designation from the New York State Agricultural Society in 2018.  Today the Estate grows two additional vitus vinifera grapes:  Pinot Noir and Chardonnay. 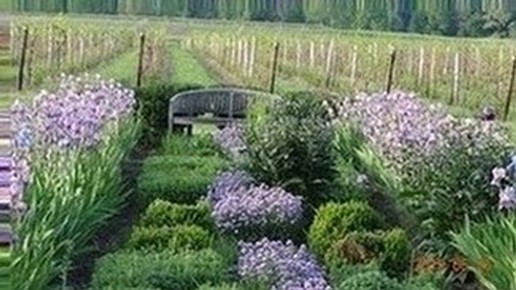 VINEYARDS:
Thirteen varieties of grapes are grown on 115 acres of grapes on the 300-acre farm.
Seyval Blanc and Traminette are grown adjacent to the farmhouse gardens.  Learn more about the winery's estate-grown grapes....